The breast MRI revealed two “suspicious masses” – one in each breast. My doctor ordered an ultra sound biopsy at the hospital. Next week I can pick up all of my test results on a CD and deliver them to the women’s imaging center. Then on Sept. 9, I have the biopsy.

But Sunday morning of this Labor Day weekend, I awoke thinking of the day I danced with Maenads and Puritan Daughters.

When I was teaching NIA classes – a dance that focuses on the Joy of Movement – in south Dallas county, I met a woman who runs a non-profit that helps women who are transitioning from prison. The women she serves suffered through prostitution, drug addiction, and other nightmares. The woman asked me to do a short version of the NIA class for the group of women at their monthly session.

She told me she had once been where they are now, and – with Christ’s Love – she had been able to pull herself out of that way of life and is now showing other women The Way Out.

The day of the meeting was the same day I had a class in Midlothian, a small but fast-growing town in Ellis county – the Cement Capitol of Texas. A lovely town, they have a spot along the highway, which if you time it just right, you can catch a breath-taking Texas sunset. With its rich, rural culture, it’s a white-flight kind of place these days. They have a yoga studio, and I was doing a series of NIA classes there.

The schedule worked out that I could teach both. The routine that I taught is called “Passion.”

Merriam-Webster has a number of definitions for this word that vary widely. Here a few:

It was the right dance for the day. But was I the right person for this?

Yes, I had family members – including my sisters – who struggled with drugs and strangle entanglements.

Yes, when I was in high school, there was one prostitute I’d give water to sometimes. I worked at a restaurant by a couple of motels, so I’d see her from time to time in the shady places behind where I worked. The first time I met her, she came into the restaurant with a “yuppie” man in his pastel oxford shirt. He ordered plates and plates of food. She asked for a small burrito and a cup of water.

The woman looked like a dried up riverbed. A river bed with eyes and a mouth. She looked into my eyes, surprised like she was remembering something, and said, “You’re sooo pretty.” She took a breath, came back from the past, and told me, “Stay in school.”

I did stay in school. So long in fact that I even was a teacher for several years. Briefly, I taught in urban areas where my students had family members who had been in prison, so I wasn’t completely afraid to spend time with the women from the halfway houses.

They were brought to the meeting in a bus. Usually when the women met, they would take a life-skill class, have a nice lunch, and be prayed over. But this day, they would also have a 20-minute movement class with me.

It was unlike any class I’ve ever taught.

I didn’t have to coax them into being in their bodies or to smile and laugh. It only took a space, an invitation, and a single note of music.

Instantly the room filled with laughter and soft moaning.  I guided them with steps and metaphors, and they showed me their embodiment of Joy. A tiny, toothless black woman moved with spectacular ecstasy. It didn’t take long for the dance to spin a bit out of control.

I stepped toward them and gathered hands, and they slipped easily into the circle. A woman stroked my arm in thanks. Hands held, we swayed, breathed, and glistened. We closed our dance, and sat together in silence on the floor. They breathed to the music of my voice. A spontaneous meditation came.

I told them these words:

“… In the garden of thy heart plant naught but the rose of love….”*

I watched a woman wipe her own tears and pull back the flood within her.

Slowly, we rose to our feet. There were hugs and more laughter. They went laughing and slinking back their seats, back to the routine.

I wanted to stay, but I gathered my things and made the half-hour drive to Midlo.

When I made it to the yoga studio, I was still dancing with the Dallas Maenads.

Electric, I entered the little house of yoga tucked away off the main road. The women chatted from their heads about their troubles and the ways the world isn’t working with their will. All the words hung in the air, computer generated and not born of breath. I set up my sound. A river sloshed inside me, and I couldn’t wait to dance again. I called them to me, to the space we would share.

The Puritan daughters walked – manly and pure – to the lines they made on the floor. I invited them to Joyful motion. The ice around their long-trained joints crackled but didn’t break free right away. They were ready for a march, for a hill to climb, for a threadbare fabric to mend. And I brought them water to soothe it, a fire to burn it all away.

I spoke softly in the small room. I reminded them of their hips and the circles within. They checked their neighbor’s gazes. Thank God, the room had no mirrors. They did their best, as they always do. 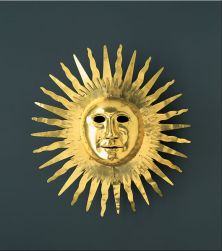 The late afternoon sun peaked in at us and smiled. They got the sweat they had come there for and maybe something lingering.

I saw their ice. And I saw the ice chip a little. As the music ended, and we closed with these words …

“… In the garden of thy heart plant naught but the rose of love….” 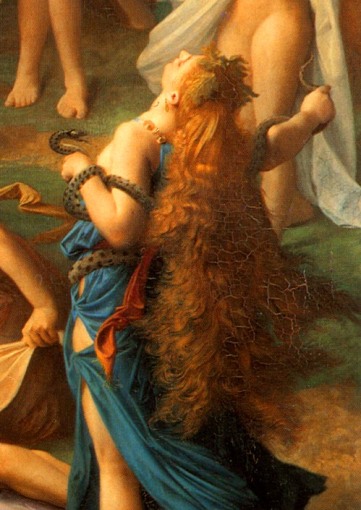 I don’t know what effect it had on them. Their next steps were their own.

But I hope they slept well that night and dreamt – like I did – of dancing with Maenads.

* From “The Hidden Words of Bahá’u’lláh”

Start a Blog at WordPress.com.